St. Nicholas Russian Orthodox Church
A Parish of the Moscow Patriarchate
Reading, Pennsylvania Founded in 1905
/ About / History / The History of Our Parish 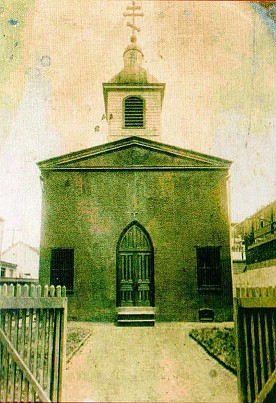 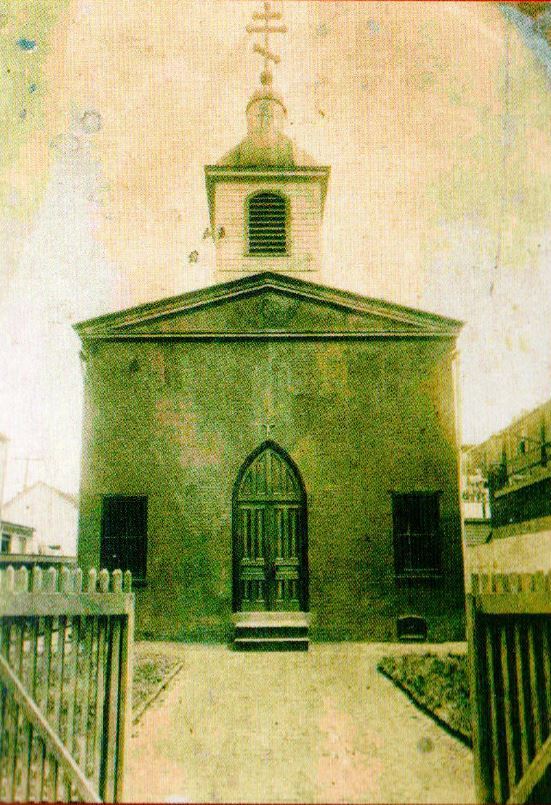 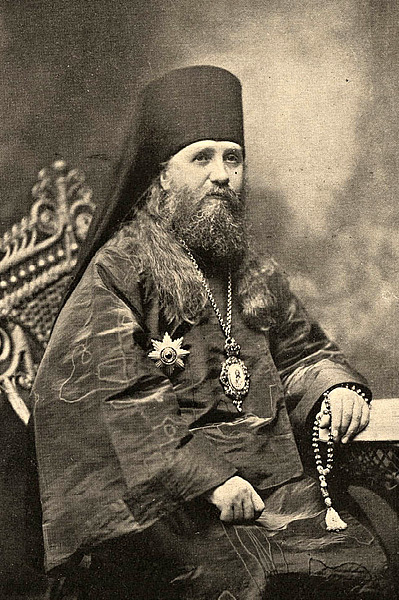 Bishop Tikhon (Belavin), who consecrated the church building in 1906 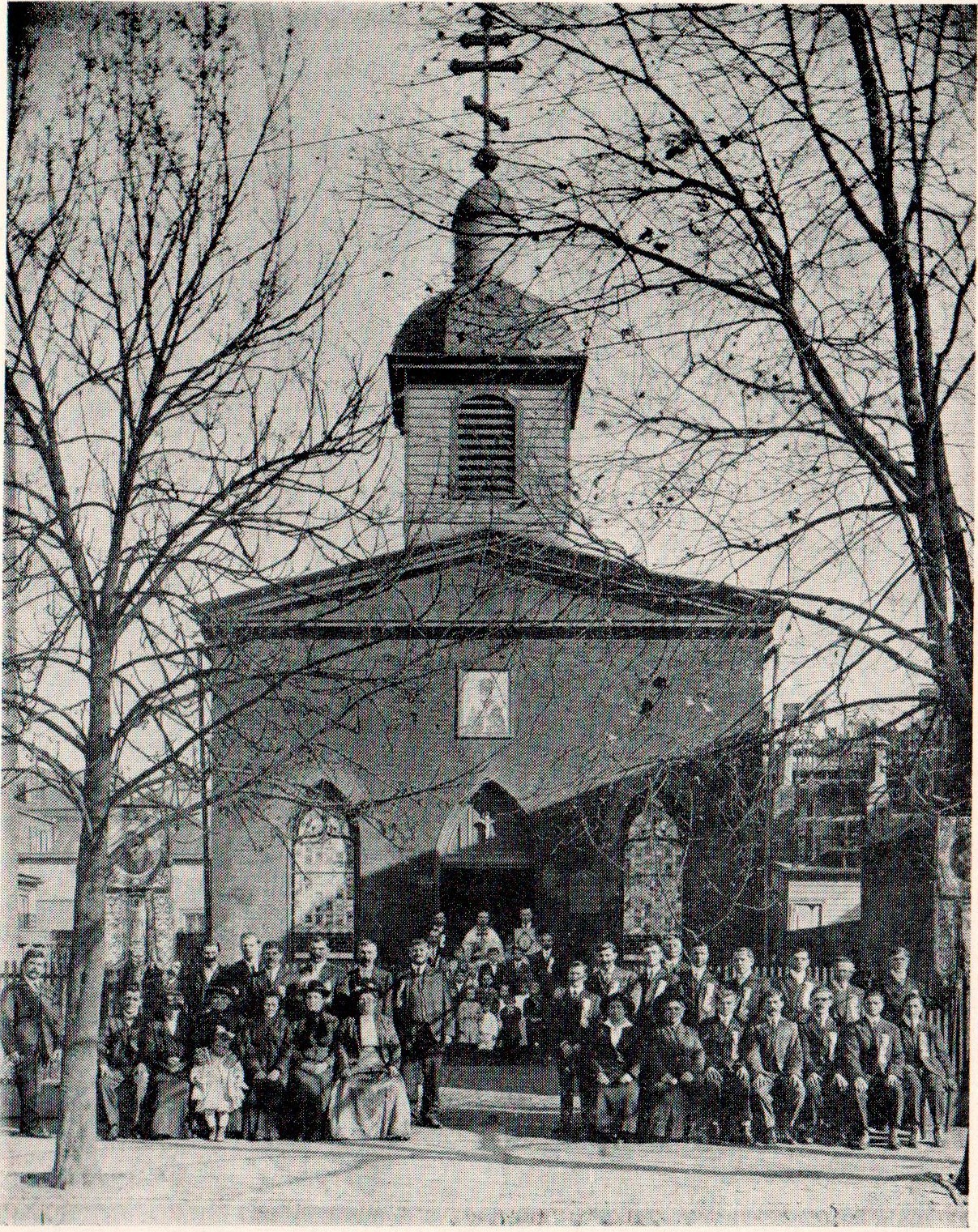 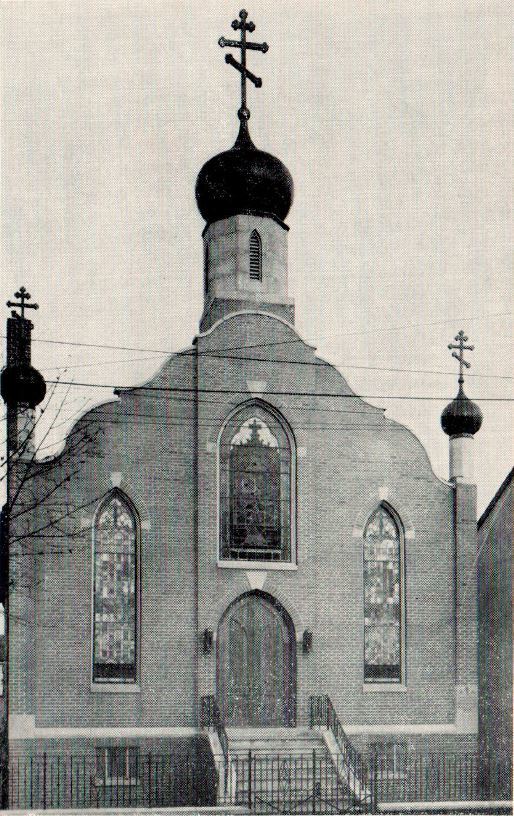 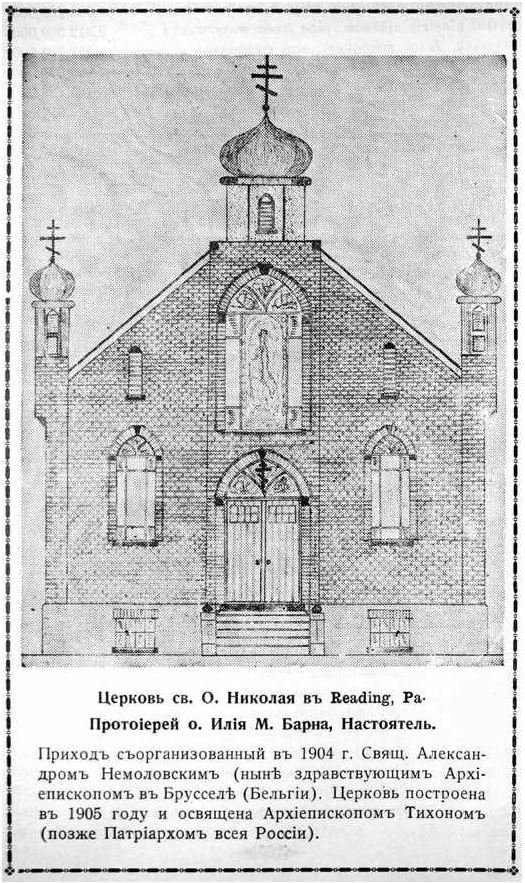 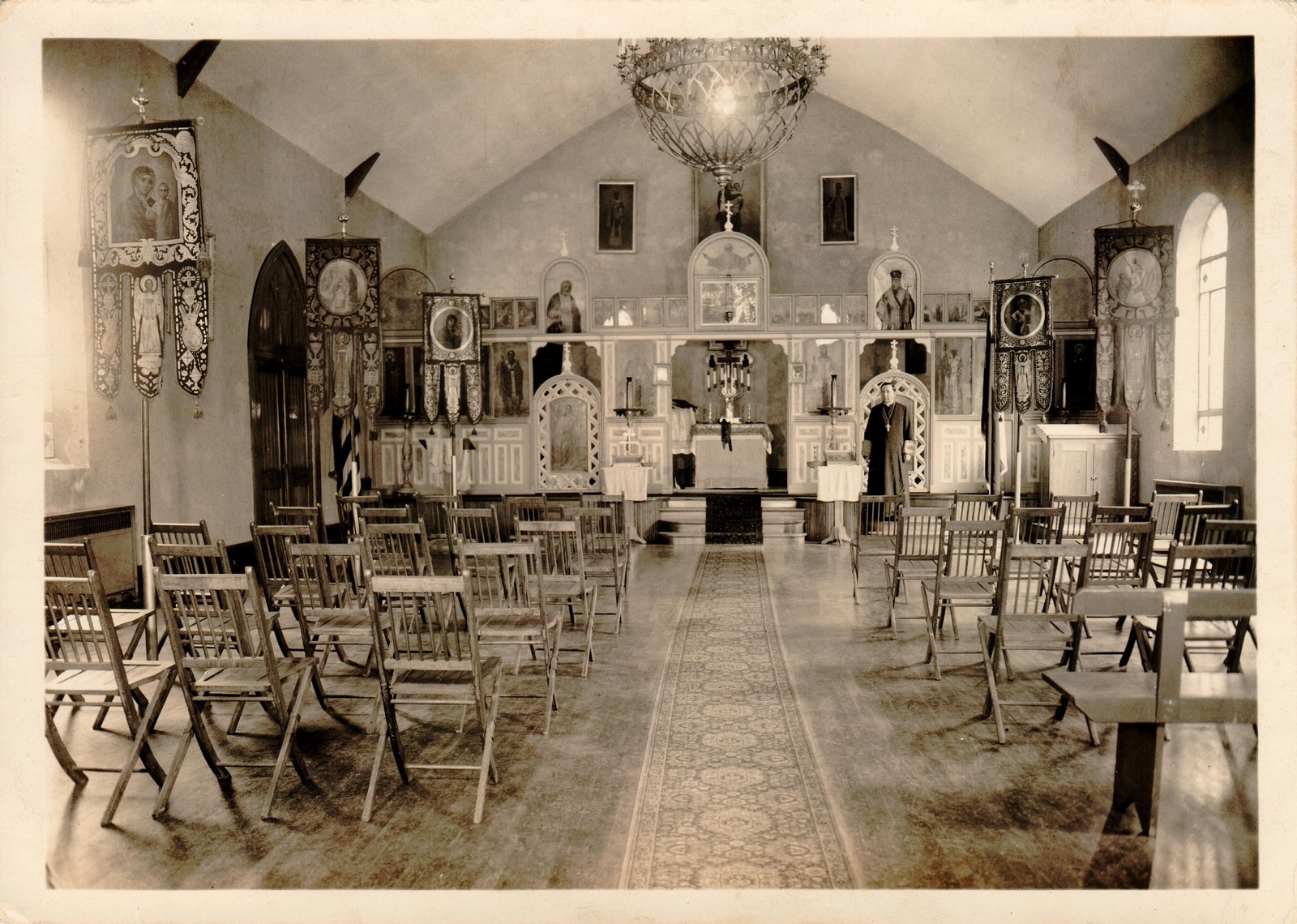 Church Interior (1930s) - Standing in front of the Altar is Archimandrite Ignatius (Barna). 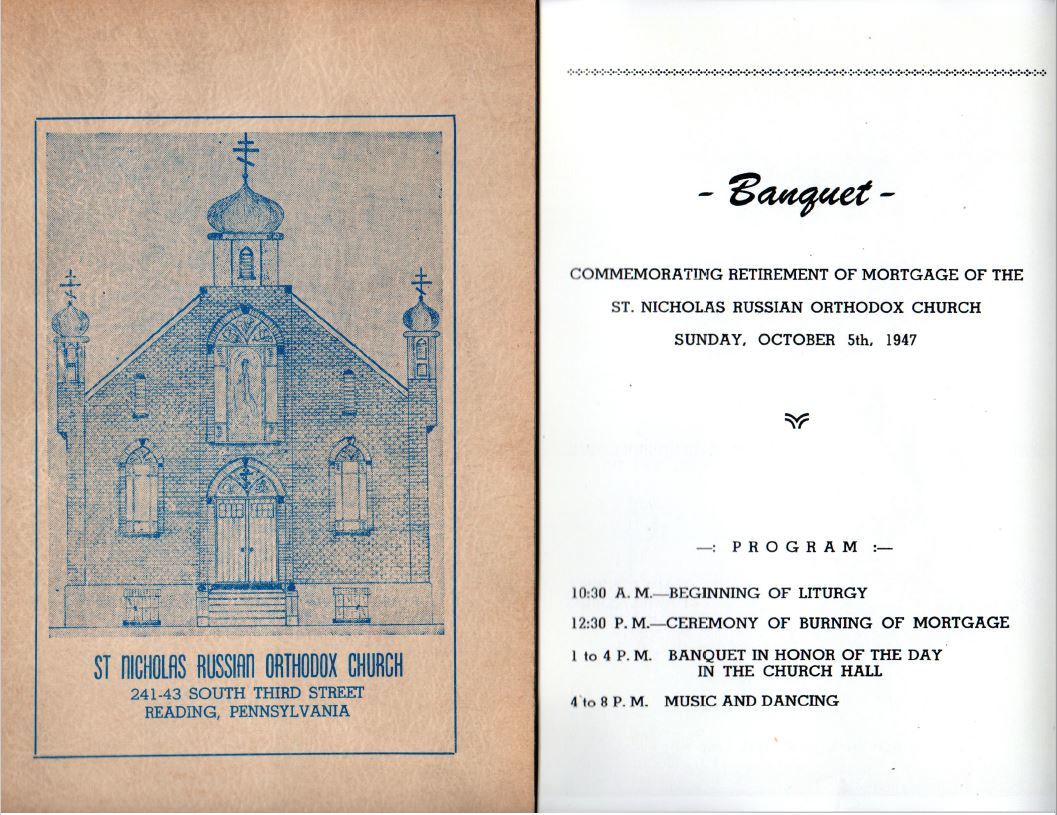 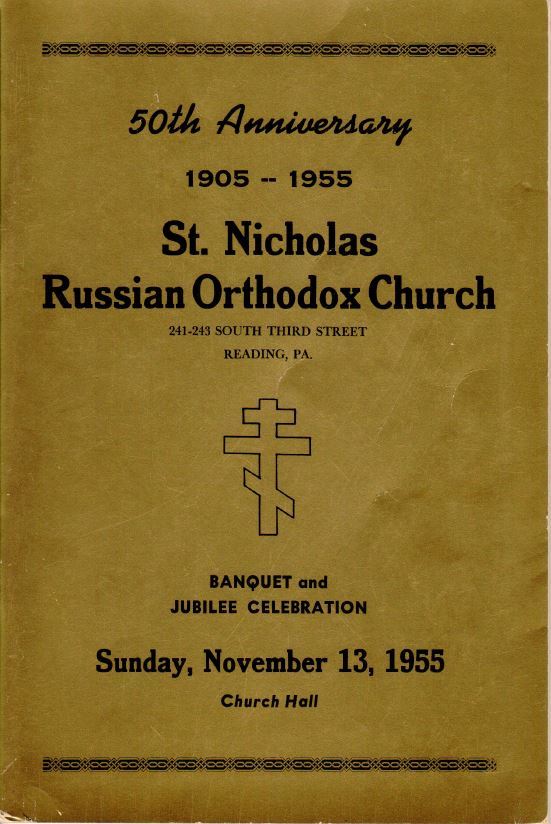 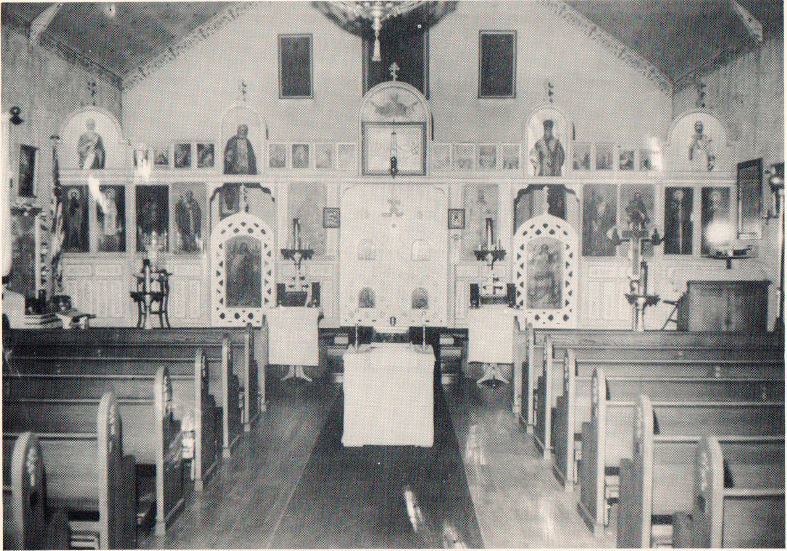 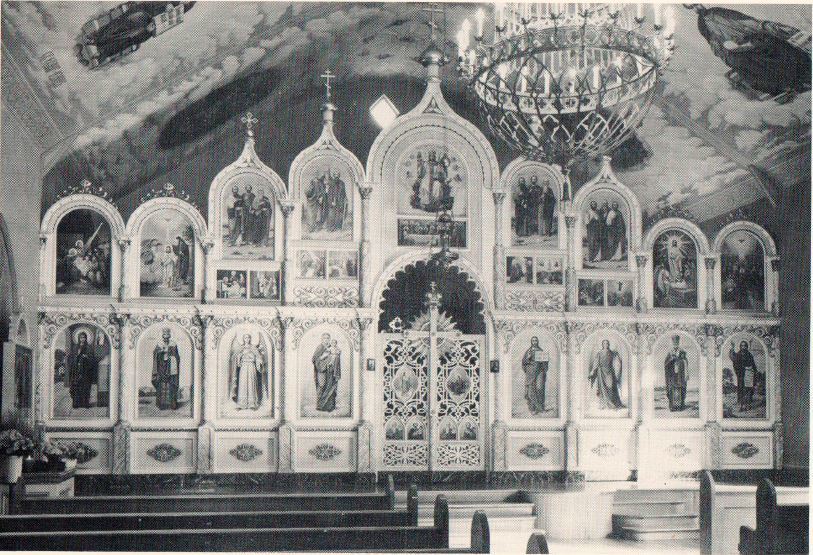 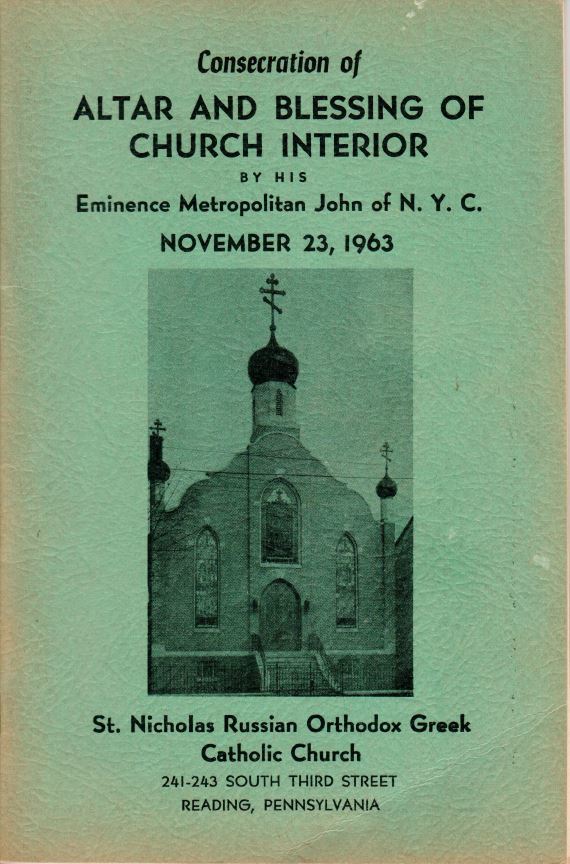 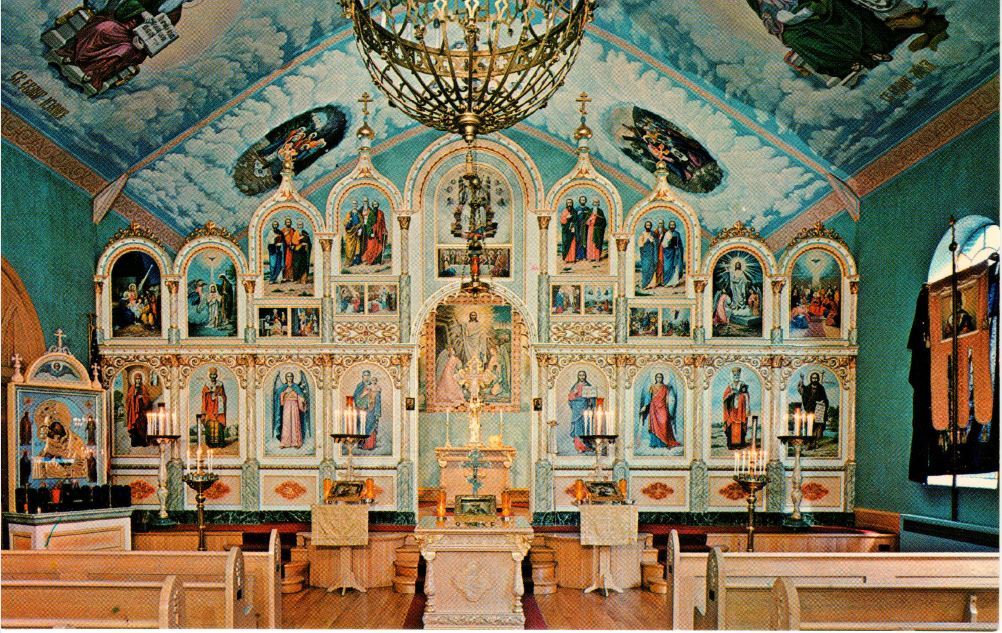 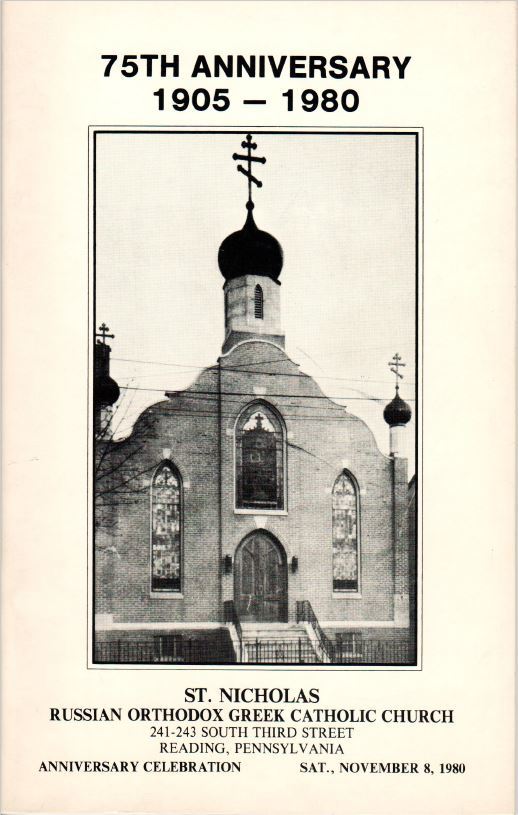 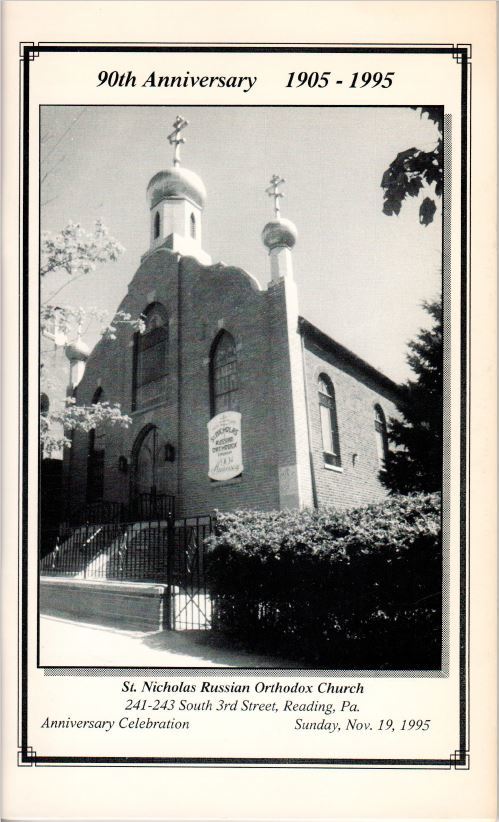 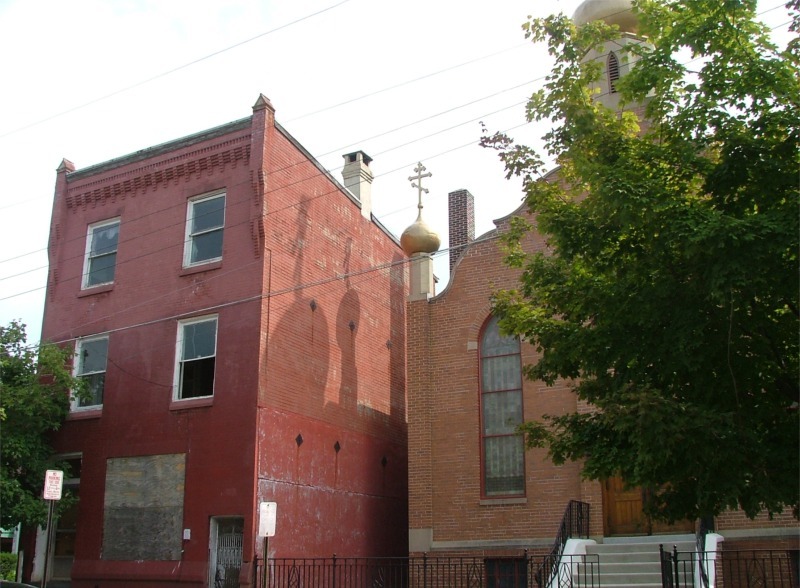 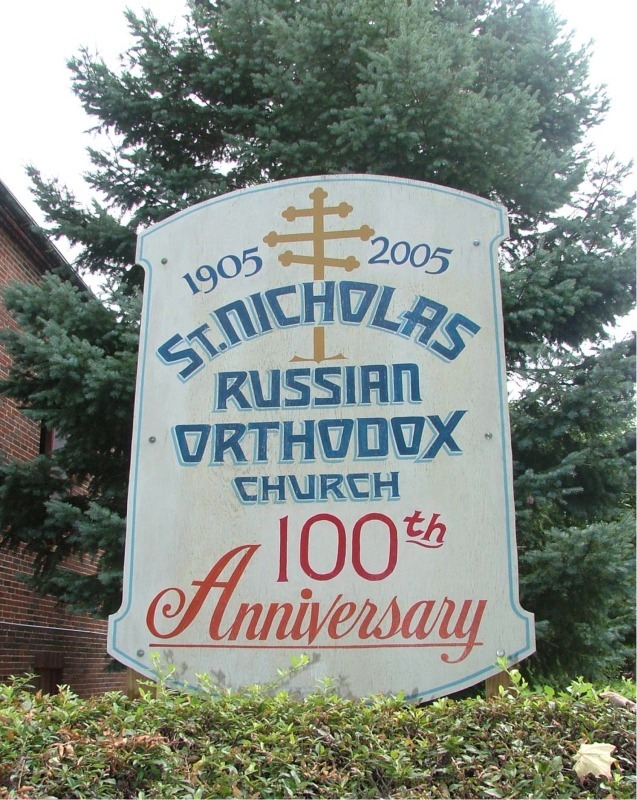 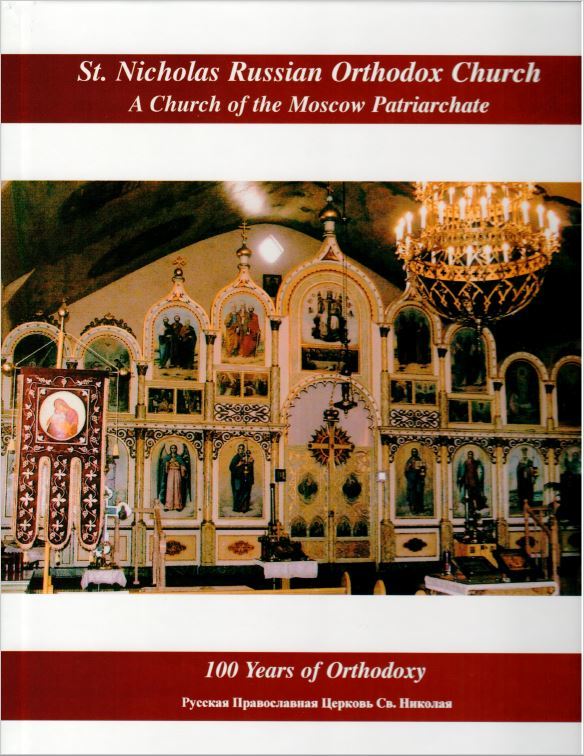 If you have old pictures of the church or other artifacts, we would love to see them! Please contact us.

The History of Our Parish

At the end of the 1800s to the early 1900s, difficult economic conditions and religious persecution led to a great wave of immigration to the United Stated from Galicia and Carpatho-Rus’, which were under the rule of the former Austro-Hungarian Empire, and Russia proper. The majority of these immigrants arrived at the Port of New York and then dispersed to various regions of the United States. Many settled in Pennsylvania where work was available in coal mines and steel mills. The Reading area, with its many factories and mills, attracted its share of Slavic immigrants.

Once settled in America, it was not long before the lack of religious fulfillment was keenly felt. By their nature and upbringing, these people were church loving and religious. This is where the history of St. Nicholas Church began.

In 1903, the founding members gathered for the purpose of establishing an Orthodox church in Reading, Pennsylvania: Michael Koziar, Kiprian Koziar, Michael Kacsur, Nicholas Kotula, Michael Muha, Stephen Falot, Andrew Falot, John Teliha, Afton Mirna, Michael Seaman, and John Terenchin. Until a church could be built, religious services were held in the homes of the founding members.

On August 23, 1905, properties at 241 and 243 South Third Street, the present site of the church, were purchased for $2,100 and $1,700. On this site, the first Russian Orthodox Church in Reading and Berks County was established. The main walls of the existing two adjoining brick houses were used for the church building.

In 1906, the building was consecrated by Archbishop Tikhon (Belavin), who was the Patriarch of Moscow and All Rus from 1917 to 1925 and glorified among the saints in 1989. Fr. Alexander Nemolovsky, who later became Archbishop of Brussels and Belgium, was the first rector of St. Nicholas Church.

In 1914, the foundation walls of the church were rebuilt and other parts remodeled.

In 1927, during the October term of the Court of Common Pleas of Berks County, Commonwealth of Pennsylvania, the church became incorporated and received its charter in the name of “St. Nicholas Russian Orthodox Greek Catholic Church of Reading, Pennsylvania.” Catholic in this case means universal or all-embracing. The name “Russian Orthodox Greek Catholic Church” was introduced as the name of the diocese at the first All-American Sobor in 1907.1

On December 8, 1929, it was decided to purchase a plot of ground to be used for burial purposes. On February 10, 1930, the church charter was amended to include the additional purpose of conducting a cemetery for its members. On March 15, 1930, a tract of land in Cumru Township, the present site of the cemetery, was purchased from the National Cemetery Company of Reading, Pennsylvania for $1,500.

In 1930, it was decided to build a new church. In April of 1931, the building of the new church began. The building committee included Jacob Koltonuk, builder and designer; John Kotula, president; Luke Terefenko, vice president; George Kotula, controller; Michael Hriczov, secretary; Sofron Divinec, treasurer; and Nicholas Krupa. The new church cost $28,000 to build. A large portion of the brick and stone work was done by members. Used brick was used on the sides and back of the building, and new brick was used on the front. Nikifor Wolosevich hauled the old brick using his dump truck. On November 1, 1931 (Labor Day), the new church was consecrated by Bishop Adam (Philipovsky).

On October 5, 1947, the retirement of the church mortgage was celebrated with Divine Liturgy and Moleben followed by festivities in the church hall. Archbishop Adam and visiting clergy participated in the joyous occasion.

On November 13, 1955, the 50th anniversary celebration was held. Divine Liturgy was celebrated by Archbishop Adam, assisted by the rector Rt. Rev. Elias M. Barna and visiting clergy, followed by a banquet held in the church hall.

In the late 1950s and early 1960s, $26,000 in renovations took place through the tireless work of Rt. Rev. Michael E. Barna and church president John A. Lesko, Jr. The improvements included a new bell for the bell tower (the original bell had cracked), complete renovation of the interior, new Iconostas, Altar, Table of Oblation and Tetrapod. In addition, the entire interior was painted, including the writing of new Icons on the Iconostas and ceiling of the church by the late iconographer Michael Kupetz from Simpson, Pennsylvania.

In June of 1972, a week of torrential rains caused flooding in many areas of eastern Pennsylvania. The City of Reading was hit particularly hard. The overflow of the Schuylkill River flooded many areas of the city, including the vicinity near the church. The basement of the church was flooded, and the nave of the church was flooded up to the first step of the Amvon. A call for financial help to restore the damaged buildings was heeded by many, including the Bishop’s Council, who sent a sizeable contribution.

On August 21, 1974, the rectory at 305 South Third Street was sold to the Reading Redevelopment Authority as part of urban renewal projects. This left the church temporarily without a rectory. On June 21, 1977, the church purchased another property at 318 Carpenter Street to be used as a temporary rectory.

In 1976, a small chapel, a miniature replica of the church, was built on the cemetery grounds to hold services for the departed.

In the fall of 1979, the exterior of the church was painted, and the cupolas were painted and restored.

On May 11, 1980, the cemetery chapel was dedicated and blessed by His Grace Bishop Ireney.

On November 8, 1980, the 75th anniversary celebration was held. Divine Liturgy was celebrated by Bishop Ireney, assisted by the rector Fr. Matthew Searforce and visiting clergy followed by a banquet at the Holy Rosary Catholic Church hall, Reading, Pennsylvania. On July 15, 1981, the church purchased the property at the corner of Spruce Street and South Third Street next to the church from the Reading Redevelopment Authority. Members of the church worked together to level and seed the property and put up a fence.

On November 19, 1995, the 90th anniversary celebration was held. Divine Liturgy was celebrated by His Grace Bishop Paul, assisted by the rector Fr. Timothy Barna and visiting clergy followed by a banquet at Stokesay Castle.

In the 2000s, the parish set up a website to connect with the Orthodox community.

On October 13, 2005, the church acquired the lot on the north side of the church from the City of Reading, due to the unrelenting efforts of Fr. Nicholas Yuschak.

On November 6, 2005, the 100th anniversary celebration was held. Divine Liturgy was celebrated by His Grace Bishop Mercurius, assisted by the rector Fr. Michael Sydek and visiting clergy followed by a banquet at Reading Country Club.

On March 6, 2012, the church acquired another lot on the north side of the church, which expanded the church yard.

We hope our parishioners continue to be steadfast in the Orthodox Faith, so we can celebrate another 100 years.